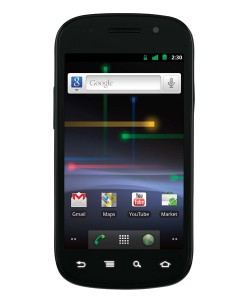 Owing to its sta­tus as the cur­rent hot Android phone, the rep­u­ta­tion of and con­tin­u­ing sup­port for the Nexus One that came before it, and the Nexus line’s no-crapware, pure Android nature, last month I made a Sam­sung Nexus S my next mobile phone.

My pre­vi­ous phone, for ref­er­ence, was the first Android device, a T‑Mobile G1 (HTC Dream).

I like almost every­thing about Nexus S. The device is, for the most part, blaz­ing fast, smooth and com­plete­ly open.

Here are a few things I don’t:

The lack of key­board wor­ries me:

But I’m opti­mistic about the future of my phone:

In all, I think Nexus S makes a pret­ty good G1 replace­ment, and will serve me well into the future. I’ll keep you post­ed, uh, Internet.